Our chiropractors have many years of experience. Anneli Hulkkonen and her Chiropractic colleagues are all members of the British or Scottish Chiropractic Associations.

Anneli graduated in 1979 from the Anglo-European College of Chiropractic.

She worked in Sweden for a year then returned to England and has run a Chiropractic Clinic in Wimborne since 1980.

Her unique approach to her Chiropractic and Cranial work combines her knowledge, compassion and care with a genuine passion for her work.

From the beginning Anneli has had an interest in cranial techniques, studying with cranial osteopaths from around the world. She has been teaching these techniques for a number of years.

For the last 15 years Anneli has been studying and practising functional neurology, in order to understand the benefits of her work on neurological manifestation of ‘Dis- ease’, particularly in infants and children. She has been assessing the retention of Primitive Reflexes and corresponding treatments for 30 years, incorporating this knowledge into her work with patients. 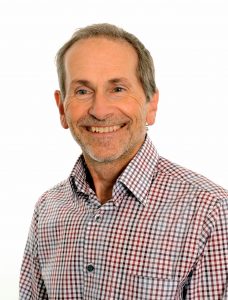 Jonathan Melhuish graduated from AECC in 1991. He has worked at Back in Balance since 2005 and is currently available on Mondays and Fridays all day, and Wednesday afternoons.

He has a keen interest in techniques which systematically treat the spine and peripheral joints.

He draws on all of these techniques to provide holistic care to get you Back in Balance and Fit for Life.

Please note: Laurence Karmali will not be running any clinics at Back in Balance, as he is now working full time at his own clinic. Formally called Alchemy on Leigh Road Wimborne. Please contact them for appointments with Laurence.

Thomas will be available Mondays, Tuesdays and Fridays all day.

Thomas graduated from the AECC in 2017. He has recently left his hometown of Edinburgh to join us at Back in Balance.  Thomas initially worked in Scotland at a well-established Spinal Wellness Centre with clinics in Edinburgh city centre and the Scottish Borders.

He went on to work alongside Laurence Karmali under the Karmalife banner in India where they travelled, educating and delivering Chiropractic care to underprivileged communities. This was also the first time working alongside Anneli which was extremely impactful. So much so that he followed her all the way down to the south coast of England!

Thomas’s approach to Chiropractic is simplistic but profound:

“If there is pressure on the brainstem (upper Cx) and or the additional spinal segments, the messages from brain to body will be reduced! Over time this will result in a diverse array of health issues. By clearing the interference on the nervous system through the Chiropractic adjustment, the nervous  system will return to its normal cycle state, unleashing our NATURAL potential for healing as well as physical, mental, and emotional growth!   Combine this with the best exercise known to man: BREATHEWORK whilst establishing optimal functional movement patterns for everyday life to strengthen and stabilise your “new” and improved spine. It’s a winning formula and guess what! It doesn’t have to be complicated to be profound! It’s Chiropractic.”

Emma graduated from the Welsh Institute of Chiropractic in 2001.

She then worked in busy practices in South Wales and London, before returning home to work in Verwood Dorset, following the birth of her son. This sparked an interest in paediatric chiropractic. Emma attended the Williams paediatric seminars, Anneli’s invitational workshops and several other related courses. As a result she has enjoyed treating many babies over the last 12 years and welcomes any new babies to Back in Balance.

Emma will be available Weds & Fridays.

Charlie started her Higher Education studies at Portsmouth University, graduating with a DipHE 2:1 in Sport and Exercise Science. She went on to achieve a BSc 2:1 with Honours in 2015 from the Anglo European College of Chiropractic (AECC). In June 2017 Charlie graduated from the AECC with a Masters in Chiropractic with Merit.

The AECC provided Charlie with the opportunity to develop her passion for paediatric chiropractic, and during her time there she became a well-respected member of its breast feeding clinic.

Charlie is passionate about the musculoskeletal care of the new born, and believes it is a privilege to help mothers develop a strong bond with their baby whilst also influencing the growth, nutrition and overall wellbeing of their loved one.

Charlie holds additional qualifications in dry needling. She is qualified to treat patients of all ages with a wide range of musculoskeletal and neurological conditions.

Outside work Charlie is a keen sportswoman and holds coaching qualifications in many sports. She played Basketball at National league level and was captain of Bournemouth University Women’s Basketball team.

Even though breast feeding is a natural process, many mums experience difficulties especially in the early weeks after birth.

Specialist lactation support can make all the difference to establishing a successful breastfeeding relationship between you and your baby.

Lucinda has been supporting mums for over a decade, her aim is to identify and help resolve core feeding issues as quickly as possible, in a way that suits you.

Title & photo to be provided